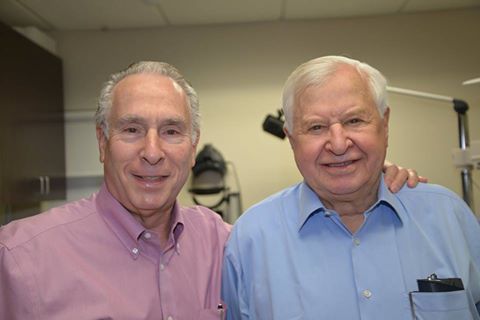 This patient underwent LASIK refractive eye surgery in 2002. In 2008 his vision began deteriorating rapidly due to the onset of ectasia which is a bulging or protrusion of the front surface of the eye, the cornea. To correct his vision we fit this patient with GVR Scleral lenses which allowed him to see clearly and comfortably once again. In 2012, due to the pressure within his eyes against his weakened corneas, the back layer of both corneas tore which then allowed fluid (aqueous) from within his eyes to enter his corneas which caused both corneas to have a foggy, milking appearance. This condition is called “hydrops” which caused additional vision and ocular issues. Medical treatment was initiated which after a period of several months did away with most of the “fog” in both corneas. We refit both eyes with redesigned GVR lenses which are now allowing him to function visually once again. If medical treatment was not initiated in a rapid manner, this patient would have needed to undergo corneal transplant surgery.